Now, if you’re still able to read this (that is, if your face hasn’t been melted off by those hottt lixxx), just imagine today’s post as one long inspirational 80s movie montage.

We have ten (10) days left in our Life After Fat Web Series Indiegogo Campaign and, guess what, we’re not where we need to be. Not even close. We’re very aware of that. We’re not delusional.  But really, all we need is one montage worth* of donations, and we’ll be sitting pretty.

If everyone who reads this were to put in 5 or 10 bucks, and then share it with their networks, it would make a huge difference. If you’re reading this and you’ve already contributed, you’re awesome! I owe you my firstborn.** 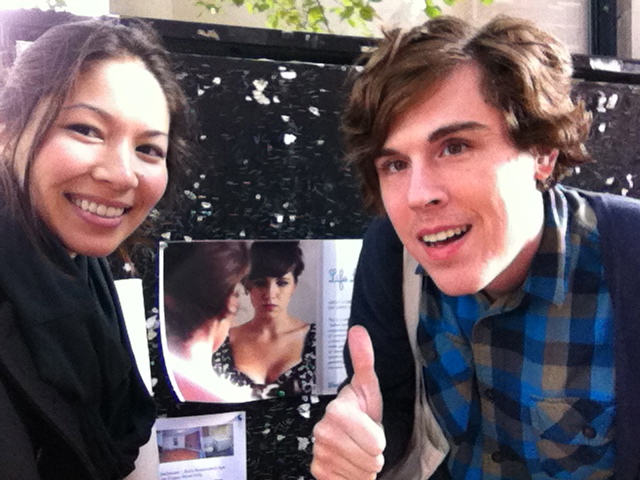 For anyone who’s ever embarked on a creative endeavor, you know what it’s like. It’s a harrowing, stressful experience, and as creatives, we really hate talking about money, much less ask for it. We’d much rather talk about art. All of us behind the series are invested in it 100 percent, and plan to make something of it no matter how much we make. But we really want to tell the best story possible–a story not just about a girl who lost weight, but hopefully a story that can resonate with anyone who’s had self esteem issues, or struggled with pursuing their dreams, or got toasty as shiz at a party and just really wanted a Rum and Coke Slushie.

I want to address what it’s like to jump from lover to lover, always hoping that a lukewarm conversation at a bar or a party can be the unconventional start to the kind of romance we’ve grown up worshipping. I want to talk about people who had passions as kids but couldn’t realize them because they wanted a social life more, and they have no idea what even makes them happy anymore. I want to explore what self-esteem really is — if it’s a piece of you that one day clicks into place or if it’s an amorphous force that is constantly shifting — and if we can ever truly be happy with ourselves in either scenario.

–Series creator Julia Pugachevsky, in an excellent post describing the goals of the series better than me. 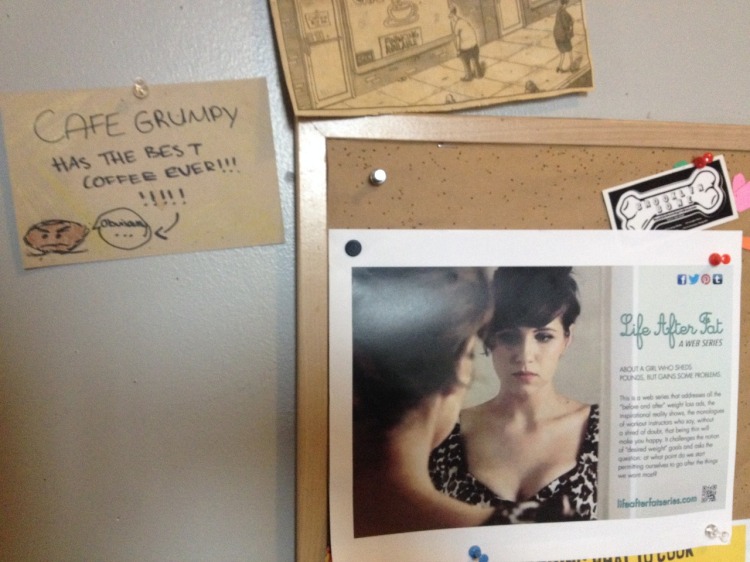 *for the purpose of this post, one montage worth = enough to accomplish one’s dreams AND enough to fill up one song in the soundtrack.

**if no firstborn is available, I may provide you with a burrito of equivalent size.***